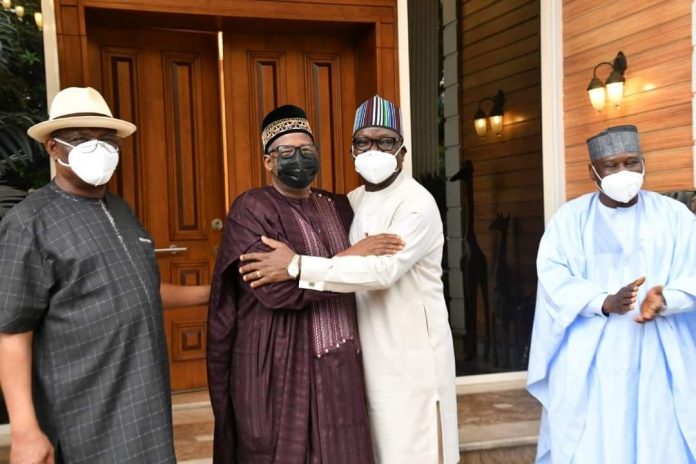 The acrimony between the Governor of Benue State, Samuel Ortom and Governor of Bauchi State, Senator Bala Mohammed, has been amicably resolved.

The conflict was resolved in Port Harcourt on Tuesday following the intervention of Governor of Rivers State, Nyesom Ezenwo Wike and his Adamawa State counterpart, Governor Ahmadu Fintiri.

Briefing journalists at the meeting, which held at Governor Wike’s private residence at Rumuepirikom, Governor Mohammed said the outburst between him and Governor Ortom over herders/Fulani profiling was highly regrettable. 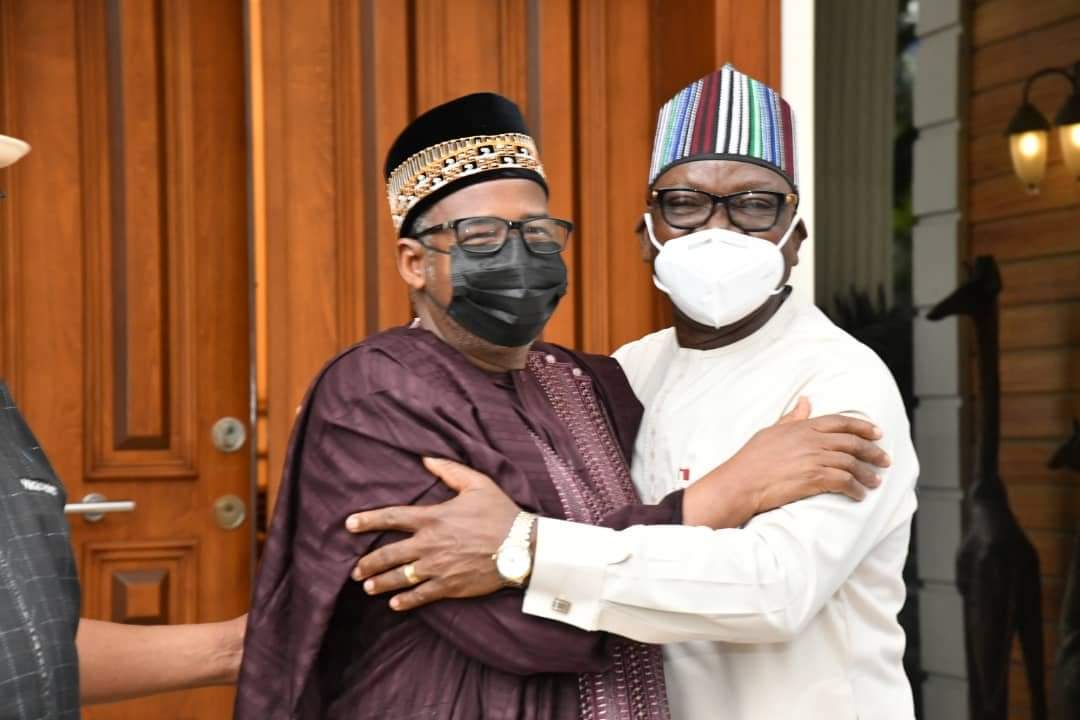 “We don’t mean to divide the country, to divide our people. We are still friends and brothers and that we will move forward because most of those issues are fully resolved.

“I want to seize (take) this opportunity to tell Nigerians that whatever misconception that is there, that me and my (sic) brother Ortom are having problem or anybody in Nigeria is not true. What happened was just an explanation that emanated from a larger Governors’ Forum that we spoke on the security of the nation and we talked of the failure of security infrastructure which everybody knows is under the purview of the federal government.”

Similarly, Governor Ortom appreciated Governor Wike and Governor Fintiri for arranging the meeting where it was agreed that outburst between him and his Bauchi State counterpart was not needed.

“We have accepted that it was wrong for us to have that kind of outburst that went out, but as from today we have learnt. We are all fallible human beings and we are subject to mistakes and so when we make mistakes, it is a plus for us if we correct them. And I think moving forward, we shall live together. The Fulani and Tiv people have cohabitated for a long time and there is no issue whatsoever.”

Governor Ortom identified the failure of the security architecture of the country which is anchored by the federal government for the recent outburst between him and Governor Mohammed.

“We look forward that the federal government should stoop down to conquer by accepting that, yes, they have failed, so that together the State and the local government can come together to find a way of finding a lasting solution to this country

“As at today, there is no equity, there is no fairness , there is no justice in our country and that is why everywhere in Nigeria there are issues. So we look forward that the Federal Government will partner with (sic) us.

Governor Wike thanked the Governors of Bauchi and Benue States for amicably resolving their dispute.

“Everybody knows that the Federal Government has failed in providing security for this country. And of course you will not blame them. They (Ortom and Mohammed) are under pressure from their various States. It is not as if they have any personal issue.”

Governor Wike observed that the All Progressives Congress was rejoicing that there was a disagreement between the Governors of Benue and Bauchi States, but noted that the opposition party would be disillusioned now that the disagreement had been resolved.

“They will not be happy today that two of them have now made up to work together,” he stated.

Governor Wike urged the media to be a bit more circumspect in reporting issues that could further polarize the country.

“But you too the press, you should have a role to play in stabilizing the country. It is not everything you must report. You don’t try to escalate things. When you do that your not helping the country,” he quipped.

On his part, Adamawa State Governor, Ahmed Fintiri, said as national leaders, it was incumbent of him and Governor Wike to intervene in the disagreement between their Benue and Bauchi counterparts.