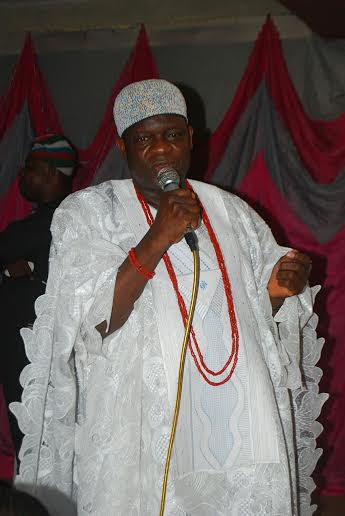 A clarion call has gone to the Yoruba kingdom to embrace its cultural heritage in order not to allow the culture and tradition to go into extinction.

This call was made by the Olukoyi of Ikoyi land in Isokan South Local Council Development Area of Osun State, Oba Yisau Bantale Otunla, Kodaolu 1 during a press conference to herald this year’s edition of Ikoyi-Osun festival in his palace.

Oba Otunla, who also enjoined government at all levels to implement policies that would help in promoting the cultural heritage of the Yoruba nations, said people should henceforth stop running away from their culture and tradition, saying it would continue to be the reference point for the upcoming generations.

The traditional ruler said there was need for the Yoruba race to ensure the preservation of culture and tradition for the benefit of yet unborn generations.

The Olukoyi said that this year’s annual Osun-Ikoyi festival, which is billed to commence on Friday, September 9, was expected to be in low key measure and celebrated in accordance with the COVID-19 guidelines such as social distancing, making use of face mask, hand washing as well as making use of sanitizer.

Oba Otunla who enjoined residents of the ancient Ikoyi community to celebrate the annual festival with love and peace, said the festival would commence on Friday October 9 with Ifa night (Aisun Ifa) while on Sunday October 11, the Monarch will lead people to Osun river for the proper celebration.

According to the Olukoyi, the festival ‘Osun-Ikoyi’ is an annual festival celebrated in October of each year for them to remember the forefathers who fought for the emergence of the town about 300 years a go.

While speaking, the Committee Chairman of the festival, who is also the Aro of Ikoyi land, Chief Oladimeji Oladapo congratulated the Olukoyi of the land, the Olukoyi in Council and residents of the town for witnessing this year’s event.

Chief Oladapo said celebrating Osun-Ikoyi annual festival was not idol worshipping but to glorify the Almighty Olodumare (God) and the founders of Ikoyi land while they would also use the event to pray for the town, Governor Gboyega Oyetola’s led administration, the state and Nigeria as a whole.

NAFDAC destroys vaccines, other products worth billions of naira