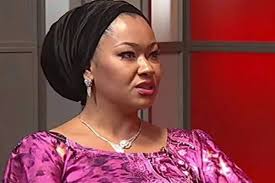 The candidate of Social Democratic Party (SDP) for November 16 governorship election in Kogi State, Natasha Akpoti has vowed to challenge her disqualification to contest the election in court.

Natasha, who stated this on Sunday during a programme on Channels Television wondered why her party would be disqualified by Independent National Electoral Commission (INEC) over alleged under-age of her running mate.

She expressed shock that her candidature could as well be rejected by the commission when people of the same age with her running mate had been permitted during 2019 elections to contest.

Similarly, her Campaign Organization condemned and rejected the purported disqualification, saying such illegality by the commission won’t stand.

The statement issued over the weekend by the Spokesman, Natasha Akpoti Campaign Organization, Odaudu Joel Minister, noted that the decision of the commission is inconsistent.

He berated the INEC for allowing gubernatorial candidates or running mates of same age with or even younger than hers in several political parties in states across the country to contest in the 2019 general elections.

“A country’s polity is as strong and efficient as the electoral body that guides it. When the electoral body becomes a tool available to the use of politicians determined to foist their corrupt, inefficient, selfish and detrimental style of leadership on the suffering citizens, then it is unfortunate and the people must speak up and demand for fairness and justice”, the statement said.

“To all our friends, supporters, and members of our campaign organization, Barr. Natasha Akpoti once again expresses her deep felt appreciation of your steadfastness. Your support, loyalty and desire for a better Kogi is what drives her”.

“We will fight this great injustice by INEC. We will conquer this challenge as usual and proceed with our plan to liberate Kogi state from poverty and ineffectual leadership,” the statement added.

Amnesty International asks government to investigate killings of 22 travellers in...