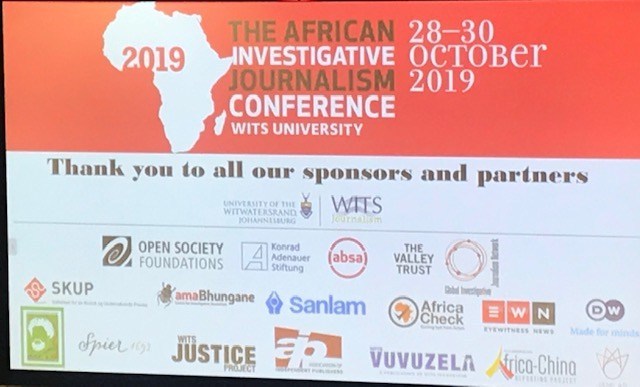 By Abdulaziz Abdulaziz
The African Investigative Journalism Conference (AIJC) has kicked off in Johannesburg, South Africa, with about 300 participants from around the world.

Journalists, media scholars and students are attending the conference from Monday at the University of Witwatersrand.

Now in its 15th year, the conference this year assembles 90 speakers who will be addressing 62 sessions lined up over three days.

In his opening address, Anton Harber, the chief convener of the conference, said the time is good to discuss investigative journalism in view of happenings around the continent.

He described reported attacks on journalists and other civic actors as an opportunity to reassess the place of investigative journalism in Africa.

Speakers at the opening plenary paint picture of hope and despair for investigative journalism in Africa.

Both were however unanimous in noting the rise of investigative journalism, in spite of the threats.

Mr Olorunyomi said despite escalating cases of press attack in Nigeria, resilience is found in the decision of newsrooms in the country to increasingly become more investigative.

From #EndSARS to Bloodbath, By Olusegun Adeniyi

Over 112 killed in Kaduna and Plateau in a month- Amnesty...

We would hold you responsible if any child dies – Doctors...