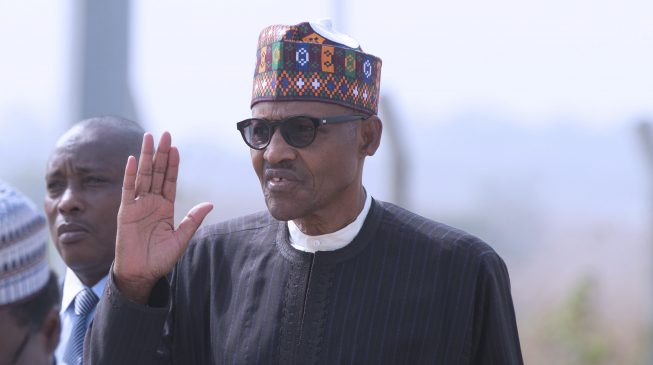 President Muhammadu Buhari has declared that the federal government does not have $200 million to pay Sunrise Power Transmission Company of Nigeria Ltd (SPTCL) as final settlement claims over the Mambilla dispute, TheCable can report.

He was reacting to a request by Abubakar Malami, the attorney-general of the federation, who was seeking approval to pay the company the sum, which is a precondition to withdraw its arbitration against Nigeria at the International Chamber of Commerce (ICC) in Paris, France, over an alleged breach of contract.

In a memo to the president dated March 26, 2020, Malami asked him to approve the payment of the $200 million to Sunrise Power as “full and final settlement” to discontinue the arbitration and set the government free from all liabilities in the dispute.

However, Buhari, in his reply dated Monday, April 20, said “FG does not have USD 200 million to pay SPTCL”.

Nigeria is currently facing a serious fiscal crisis, with crude oil selling for less than half of the budget price.

The federal government has slashed its budget and dipped into stabilisation savings at the Sovereign Wealth Fund Authority in order to augment federation allocations.

The excess crude account (ECA) now has a balance of less than $100 million.

With the COVID-19 pandemic upsetting the global economy, there is yet no end in sight to the country’s situation.

Sunrise Power had, on October 10, 2017, dragged Nigeria to arbitration in Paris, seeking a $2.354 billion million award for “breach of contract” in relation to a 2003 agreement to construct the 3,050MW plant in Mambilla, Taraba state, on a “build, operate and transfer” basis.

Specifically, Sunrise asked for “success fee” of $1.044 billion under the general cooperation agreement between it and Sinohydro; $750 million for “loss of profit” as local content partner; $263 million as accrued costs (“wasted expenditure”) from 2001 to 2017; $172 million as litigation cost; and $125 million as “reputational loss”.

To resolve the dispute, Nigeria entered into negotiations with Sunrise Power in November 2019 and proposed to pay $100,000 million as against the $500 million being demanded by Sunrise.

The federal government team, led by Malami and Suleiman Adamu, minister of water resources, made a proposal of $200 million to Sunrise as a “middle ground” and the company accepted the offer subject to approval by Buhari.

The settlement claim was to be paid “within 14 days” of the execution of the terms of agreement on January 21, 2020 — but the timelines have now been adjusted.

The government team also agreed to pay a penalty of 10 per cent in case of any default in fulfilling the settlement agreement — in addition to restoring Sunrise as the local content partner in the  $5.8 billion hydroelectric project.

The latter two conditions have now been expunged from the revised settlement agreement presented to the president by Malami on March 26.

An addendum dated March 25, 2020 containing the revised terms was attached to the documents sent to the president by the Malami.

In it, representatives of the federal government and Sunrise Power proposed that the $200 million would be in “one or two tranches with 150 Calendar days (5 months)” from the date of the execution of the agreement.

The first $100 million was to be paid within 30 days of execution and the balance “shall be paid within 90 calendar days (3 months) of the first payment” with a grace period of 30 days.

But Nigeria’s inability to settle the settlement claim may further compound matters.

Leno Adesanya, chairman of Sunrise, had in a letter dated March 31, 2017 to Babatunde Fashola, then minister of power, accused him of reneging on his promise to support the project.

Fashola maintained that available evidence did not support Adesanya’s claims for compensation as there was nothing on ground to suggest the company was executing any contract.

In another letter dated June 20, 2017 to the then Acting President Yemi Osinbajo requesting his intervention in the matter, Adesanya accused Abba Kyari, the late chief of staff to Buhari, of taking the unilateral decision of directing the ministry of power to sideline the company from the contract “against the advice of Malami”.

In the letter dated July 24, 2017 to Osinbajo, with a copy to the chief of staff, Malami had said SPTCL should be engaged as a local content partner to the project “as a means of accommodating its prior contractual interests on the project”.

In another letter dated August 17, 2017 to the company, the AGF said he issued the previous opinion on the project based on the limited materials provided at the time.

He added that there was no requisite federal executive council (FEC) approval for the project.

“The logical conclusion in the circumstances should be that there was no valid contract between Federal Government of Nigeria and SPTC in respect of the project or at all,” Malami wrote.

The China Exim Bank, which is expected to provide 85 percent of the joint funding with the federal government for the Mambilla project, had insisted on compliance with due process and terms of the November 2017 engineering, procurement and construction (EPC) contract signed with the partners before releasing funds.

The Chinese ambassador to Nigeria said his country will not support white elephants.

“On 5th September, 2019, Yang Jiechi, Special Representative of President Xi Jinping informed the Nigerian President and Commander in Chief, President Muhammadu Buhari that unless the legal dispute is resolved, conforming out of court settlement funding for the loan will not be accessed,”  He Yongjun, project manager for the Chinese partners, said.

“A meeting shall be organized by the Ministry of Power for negotiation between the relevant authorities of the Nigeria government, SUNRISE, and the members of the EPC Contractor JV to resolve the legal disputes through amicable negotiations so as to let the plaintiff withdraw the lawsuit.” 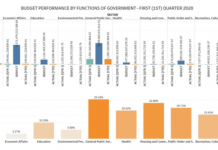 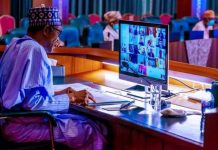 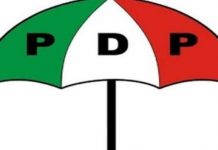 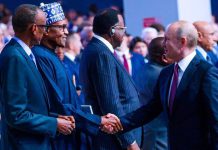 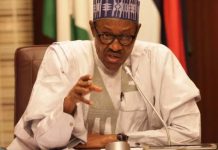 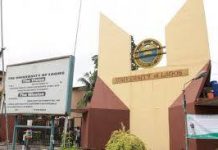 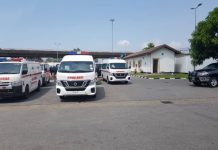