A former Governor of Ekiti State, Chief Segun Oni, on Friday expressed confidence that the Peoples Democratic Party (PDP) would defeat the All Progressives Congress (APC) in the 2022 Ekiti Governorship Election.

Oni expressed his confidence in a statement by the Director-General of his political organisation, “Atunse Ekiti Movement”, Dr. Ife Arowosoge.

Oni recently decamped from the APC to opposition party PDP.

He said the defeat would bear semblance to that of 2014 when the current governor, Dr Kayode Fayemi, was defeated across the state’s 16 Local Government Areas (LGAs) by former Governor Ayo Fayose.

Oni claimed that Fayemi lost to Fayose then through the arrogance displayed by APC against Senator Opeyemi Bamidele.

Bamidele had left the party to contest for the governorship position on the platform of Labour Party.

“The same culture of arrogance has been exhibited against me and this has pushed me to return to the PDP, contrary to APC’s position that I did so for selfish interests,’’ the one-time APC Deputy National Chairman (South) said.

The APC official had claimed the former governor was regarded as a nominal member throughout his stay in the party.

Oni expressed surprise that Omotoso could accuse him of not making impact as a Deputy National Chairman by not assisting people with contracts and appointments.

“The powers of the office as spelt out in Article 14 (2) of the Constitution of APC do not include the award of contracts or lobbying for appointments.

“The same pomposity was demonstrated when Bamidele was forced out of ACN in 2013 and what was the result of the Fayemi’s 2014 governorship election?

“It was calamitous, disgraceful and shameful leading to a 16-0 loss. The same episode will repeat itself in 2022,’’ he said.

Oni claimed he decided to leave APC as a result of Fayemi’s perceived dislike of his political followers and not for selfish pursuits.

“The nepotism and clannishness witnessed in government appointments into federal and state positions, the inhuman treatment meted out to all Atunse Ekiti members and all people linked to Oni are all there for people to see.

“The fact that due process was not followed in establishing party executive committees by not conducting congresses at the ward, local government and state levels forced us out of APC.

“Added to this is the fact that appointments into government positions both at the federal, state and local government levels were limited to the family members of Gov. Fayemi.

“No member of Atunse Ekiti Movement were considered for any appointment, either at the federal, state or local government level.

“Again, many members of Atunse Ekiti Movement are being threatened with expulsion and suspension and many have been suspended for phantom reasons such as anti-party activities.

“These were also responsible for why I left APC and not what Omotoso said,’’ Oni alleged.

He said no amount of blackmail would make him waver on his resolve to restore sanity to Ekiti in 2022.

“This will be through the joining of hands with the citizens to install a governor they can trust,’’ the former governor said. 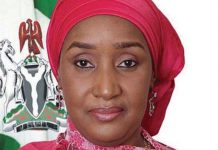 How Obaseki’s Challenger Will Emerge – Airhiavbere 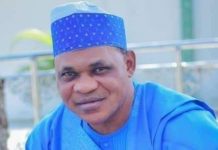 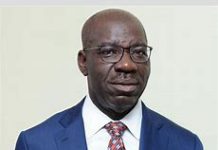 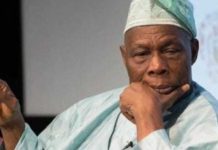 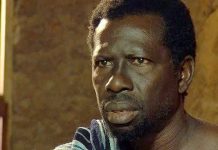 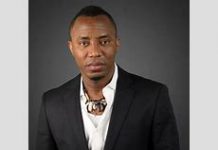