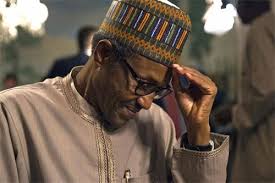 President Muhammadu Buhari on Thursday reassured that government directives will not affect production and distribution of food, medications, medical equipment and other essentials as the nation wades through the global health challenge, which already portends dire economic strains.

According to a statement by Senior Special Assistant to the President on Media and Publicity Garba Shehu, the President has directed all relevant agencies and regulators to provide enabling environment for industries to sustain their operations by ensuring reasonable access to industrial supplies and inputs like water, fuel, gas and essential infrastructure and relaxing of stringent laws.

Shehu added that the President also commended the Central Bank of Nigeria (CBN) and commercial banks for their interventions to make forex and credit more accessible to those on the manufacturing line.

He said the President has giving assurances of firm support for the Manufacturers Association of Nigeria by proactively addressing the potential impact of the pandemic on the Nigerian economy and requests that all necessary measures be put in place to protect and promote the health and safety of industrial workers.

He said the President also called on all leaders across the country, including religious and traditional leaders, to further support the Federal and State governments in the ongoing sensitization programmes on the need to stay at home and keep a safe distance in the public, and to dissuade citizens from panic buying and rumour mongering.

Shehu said the President commends unity of purpose in fighting spread of COVID-19 in the country, particularly the willingness for self-isolation, social distancing, and contributions of public spirited individuals and institutions who consistently mobilize resources to supplement efforts of Federal and State governments.

He said the President extols State Governments, religious bodies, health workers, Federal Government agencies, including security outfits, National Centre for Disease Control (NCDC) and Manufacturers Association of Nigeria for rising to the occasion to protect the country and its citizens, assuring that the government will remain steadfast in deploying more resources to lessen the burden of the pandemic.

Shehu said President Buhari called for more compliance with regulations and restrictions on movement and gatherings for the safety of all citizens. He affirmed that the collective effort of all Nigerians will make a historic difference in checking the spread of COVID-19, rehabilitating those already affected and keeping citizens alive.

The illegalities of social media regulation, by Ebunolu Adegboruwa, SAN 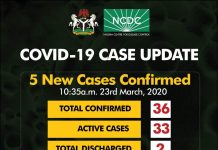