The Speaker of the House of Representatives, Femi Gbajabiamila, has said that the House would do all it can to pass the Petroleum Industry Governance Bill (PIGB) before the end of June.

Gbajabiamila said the PIGB was on the front burner of the House, hence the members of the Green Chamber would commence the process of its passage soon.

He said although PIGB had been in the National Assembly for years, the current 9th Assembly was committed to putting it to rest.

He told a delegation of the Experts Advisory Panel of the Nigeria Natural Resource Charter who paid him a courtesy call on Wednesday in Abuja that the House needed the support and partnership of such group.

“It requires us to work with those who understand the nuances of that sector. For the oil and gas industry to develop, there has to be a symbiotic relationship. You have the knowledge and we have the capacity to make it happen.

“PIGB is on the front burner. We intend to start the process soon. We’re hoping that by June, we’ll be able to see the light at the end of the tunnel,” he said.

Gbajabiamila added that the House would use the zeal and patriotism with which it passed the Deep Offshore Sharing Agreement Law to pass the PIGB.

Earlier, the leader of the delegation, Mr Odein Ajumogobia, who is a former minister of state for petroleum resources, said the panel was at the Speaker’s office to seek his understanding and cooperation to pass some bills that could boost Nigeria’s economy, one of which is the PIGB.

He said the panel’s main concern was the implementation of the natural resource charter for Nigeria’s oil and gas sector to benefit the citizens.

He added that part of their concern was focusing on providing capacity to support the legislature in determining the best way in terms of legislation that would move the oil and gas sector forward. 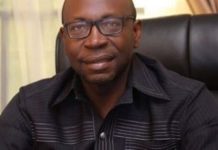 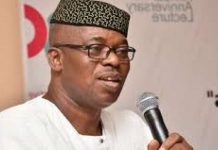 Your actions are harmful, Bisi Akande tells APC members who are... 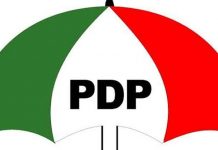 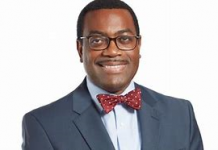 Nigeria’s Re-emergence as Africa’s Biggest Economy is a rewarding and Fitting...