The Peoples Democratic Party (PDP) says the inaction of the Buhari administration on the spiraled waves of killings, banditry and kidnapping, particularly the Sunday carnage in Auno, Borno state, by insurgents, have left the nation with no other option than to declare that Buhari’s Presidency has abandoned Nigerians.

The party in a statement by its National Publicity Secretary, Kola Ologbondiyan, described as disheartening that all the Buhari Presidency can offer in the face of the killings of citizens were condolence statements with no decisive and significant actions to track down the perpetrators and end insurgency in the country.

“It is disheartening that instead of settling down at home and attending to the worsened insecurity under his watch, Mr. President and his officials are busy globetrotting” part of the statement read

The party noted that in normal climes, with the situation in Auno, where insurgents viciously massacred citizens, a concerned President would have immediately left everything, wherever he is, and returned home in solidarity with nation as well as the victims and lead from the front, in confronting the insurgents, in line with the demand of his office and the promise he made to Nigerians.

“But no! All the Buhari Presidency could do is to issue statements of condemnation, without a corresponding decisive action; thereby leaving the citizens at the mercy of insurgents, marauders and kidnappers.

“Indeed, what Nigerians want from the Presidency is a significant action and not press releases full of empty claims and worthless assurances,” Ologbondiyan said.

The PDP lamented that despite the sustained killings, including the massacre of the last three weeks in Gamboru, Gwoza and Dikwa in Borno state, Tawari in Kogi state, Kulben in Plateau state, Gumni, in Zamfara as well as in Kaduna and Yobe states, the Buhari Presidency chose to continue to live in denial and self-praise, instead of taking any concrete action to end the carnage.

“It is shocking that in spite of the deteriorating situation, President Buhari has continued to shun demands by Nigerians including the National Assembly and other patriotic groups and individuals to rejig his security high command and inject new blood to effectively tackle the situation at hand.

“Our party holds that the manifest poor handling of security challenges of the country, as further manifested in the inaction on the Auno killings, has further raised apprehensions that the Buhari Presidency has laid down its amour and has no solutions to offer,” Ologbondiyan added.

The PDP commended the courage of the gallant troops in the front and urged Nigerians to keep hope alive and not despair in the face of the failures of the Buhari Presidency, which “holds a trophy as the most incompetent, divisive and negligent administration, which has also abdicated its duty, in the history of the nation.”

Buhari administration will not give up on Leah Sharibu, says Presidential... 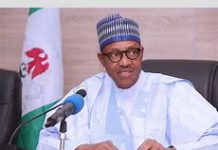 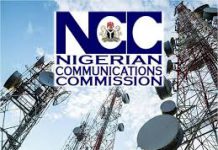