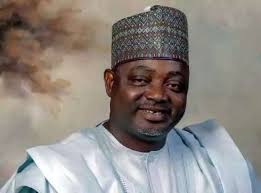 The ruling All Progressives Congress, APC, has alleged that the Peoples Democratic Party (PDP) and its presidential candidate, Atiku Abubakar plan to malign Supreme Court Justices ahead of Wednesday’s hearing of the 2019 presidential election petition filed by the opposition party and its candidate.

The APC in a statement issues on Monday by its spokesperson, Lanre Issa-Onilu, claimed the PDP hired Bruce Fein, an American lawyer and columnist to write spurious and false articles, targeting the judiciary and Supreme Court justices.

The statement reads: “Ahead of the hearings of the Supreme Court on the 2019 presidential election petition, the All Progressives Congress (APC) alerts Nigerians on a new and sinister plot by the Peoples Democratic Party (PDP) and its presidential candidate, Alh. Atiku Abubakar to malign Supreme Court Justices using foreign media organisations.

Among the columnists that have been contracted to make spurious and false publications include Bruce Fein, an American lawyer who served in the Ronald Reagan administration and writes articles in several notable foreign newspapers. Bruce Fein has been paid to publish an “op-ed” on Nigerian Judiciary and the Supreme Court.

Since 2015, Bruce Fein has written several articles, all critical of the President Muhammadu Buhari administration. In 2019, his firm, Fein & DelValle entered into an agreement with the PDP and its presidential candidate, Alh. Atiku Abubakar to lobby the government of the United States not to recognise the winner of the 2019 presidential election, President Muhammadu Buhari, until the election petition is determined by the Supreme Court.

The fresh plot by the opposition PDP after being comprehensively rejected by Nigerians at the 2019 Presidential election is to cause confusion, anarchy with a view to making this country ungovernable.

It is to be noted that PDP has made up its mind to pursue a destructive agenda against Nigeria for the next four years. This is no longer opposition politics. It is an unpatriotic agenda by people who do not mean well for their country. It is important we continue to alert Nigerian to the devious plan of the PDP.

The Judiciary is an important institution and its integrity cannot be subjected to political machinations. It is the responsibility of every truly patriotic Nigerian to rise against the PDP to ensure they do not succeed in undermining our corporate existence.

The judgement of the 2019 Presidential Election Petition Tribunal dismissed in its entirety the petition filed by the PDP and its presidential candidate, Alh. Atiku Abubakar. We are confident that the Supreme Court will further and finally affirm President Muhammadu Buhari’s election victory.

We are also confident that the Judiciary, particularly the Supreme Court will not succumb to the opposition PDP’s subterfuge.

We must continue to resist the unrelenting efforts being made by the PDP and their minions such as the Coalition of United Political Parties (CUPP), few social media worms spreading and promoting face and destructive news in their attempt to truncate our movement towards greatness. As part of the PDP and Atiku’s post-election delusions and scheming, the so called Coalition of United Political Parties has the devious mandate to intimidate and blackmail important state institutions such as INEC, the judiciary, and security agencies, on behalf of PDP.

APC’s victory at the presidential polls and the election tribunal represents our collective desire as a people to remain focused on the progressive growth and development of our country’s economy, fight against corruption, and providing security.” 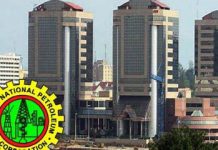 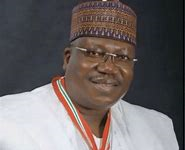 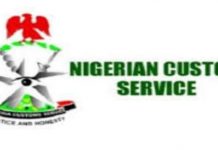 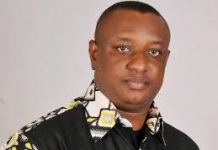