The Senate has promised to work with the Fiscal Responsibility Commission (FRC) to block revenue leakages and misuse of funds by Federal Government agencies.

The Chairman of Senate Committee on Finance, Senator Solomon Adeola, said this at a meeting with FRC’s Acting Chairman, Mr Victor Muruko, according to a statement in Abuja by Adeola’s Media Adviser, Chief Kayode Odunaro.

Adeola said representatives of the FRC would henceforth attend the committee’s interactive sessions with revenue generating agencies in a bid to ensure that government gets its target, prevent leakages and frivolous spending.

The Lagos West senator regretted that the FRC had not lived up to its billings over the years, a situation he said must change.

“Your commission has a watchdog role over revenue accruing to the Federal Government.

“With the country facing financial challenges to fund urgent infrastructure and social development, the issue of government revenue leakages and frivolous expenditures by some agencies need to be curtailed and the FRC must play a critical role in ensuring this.

“That is what the Act establishing the commission envisaged and our committee will be working with the commission during oversights on revenue generating agencies,” he said.

Adeola also regretted that the board of the commission had not been constituted since 2013, saying this militates against effective performance of its roles.

“The committee will inquire from the Secretary to the Government of the Federation (SGF), Mr. Boss Mustapha, why the commission under the Presidency still operates from rented apartments, lacks fund for its operation, including printing of its annual reports, years after it was established,” Adeola said.

Muruko told the senators that the commission was hamstrung by lack of funds for its operations that required seeking information from revenue generating agencies on revenues targets, achievements and expenditure to ensure they conform with the Fiscal Responsibility Act, 2007.

“We have many challenges in our operations. When we write to agencies for information they are very reluctant in giving us information and delay such for months or don’t give us at all because there are no sanctions.

“There is need to amend the Act to provide stiff sanctions against agencies flouting the Act as well as compel them to provide stipulated information,” Muruko said. 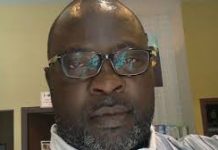 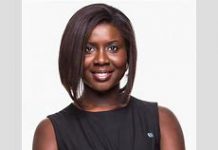 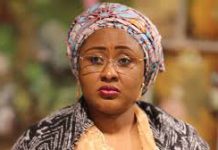