The Trade Union Congress of Nigeria (TUC) has urged the Federal Government to urgently conclude discussion on the new minimum wage and commence implementation across board.

The TUC Chairman, Lagos State Chapter, Mr Gbenga Ekundayo, made the plea in an interview with the News Agency of Nigeria (NAN) on Friday in Lagos.

Ekundayo said that the union had condemned the segmental implementation of the minimum wage for grade levels one to six.

NAN reports that the junior public servants from grade one to six have started receiving payment of the new minimum wage from the Federal Government for August salary.

This was confirmed on Sept. 22 by Mr Lawrence Amaechi, the National President, Nigeria Civil Service Union, also a member of the Joint Public Service Negotiating Council.

Ekundayo said: “The government implemented for grade levels one to six, leaving grades level seven upwards out, and we are still discussing around the consequential adjustment and relativity impact.

“It needs to be quickly dealt with, concluded; what needs to be done is to go to the negotiation table, discuss these issues and let us have implementation for all the workers.”

Also, the union Secretary, Mr Abiodun Aladetan, expressed displeasure over the delay of the implementation of the minimum wage.

Aladetan said that it was the duty of government to address the issues in the interest of the workers.

“It is unfortunate where we are on the minimum wage; recently, the Minister of Labour acknowledged that the government had commenced payment for those on grade levels one to six.

“This could create division within the labour circle and as a labour movement, we condemn it; it will not deter us, but have a ripple effect on the system.

“We call on government, as a matter of urgency, to discuss with labour; come to terms with these realities by accepting the demands of the labour movement,” Aladetan said.

Don’t take Ibuprofen if you think you have Coronavirus – WHO

Lessons to learn from Saraki and 15 other senators who defected... 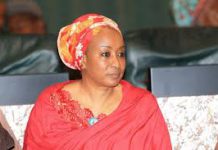 How we utilise Abacha loot, by Presidency 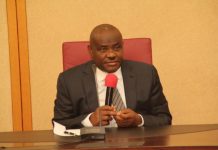