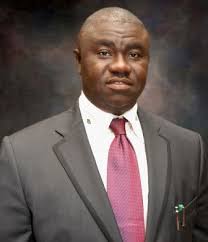 I intend to advance an argument that a wisely-fashioned national development plan for Nigeria can become “a national document of action” sustained and adopted by successive administrations, if it is framed, developed and produced as the country’s “holy book of development.” And, for a development plan to attain a celestial value, become acceptable and owned by the generality of the people, the underpinning philosophy must evolve into a national ideology. It must be institutionalized.

The President Muhammadu Buhari administration has committed to developing another national plan for the country, but the emerging concern is whether it could endure and serve the purpose. The Minister of Finance, Budget and National Planning, Mrs. Zainab Shamsuna Ahmed and the Minister of State for Budget and National Planning, Prince Clem Ikanade Agba, already have their work cut out for them. The vision of the regime is hinged on a tripod of anti-corruption, economy and security. Added to this, is the ambitious plan to lift 100 million Nigerians out of poverty in the next ten years. In essence, the new plan needs not look too far for content.

I have no iota of doubt that the plan will, as usual, look very beautiful and attractive. In addition, Agba, who is saddled largely with this responsibility of leading the plan, is an intelligent technocrat capable of assembling Nigeria’s best to develop a robust content. But that is not the problem, because, like the unstable man enmeshed in the undignified habitual manner of divorce and marriage, Nigeria is no stranger to national development plans that had either failed or been discontinued. It is on record that different administrations from Independence to the present democratic dispensation, had pursued different development plans.

These national plans, policies and programmes, for various reasons and at one point or the other, suffered unsettledness, abandonment and also failed to achieve their expected objectives, argued several scholars and analysts. I will quote from the studied work of Emmanuel Iheanacho of Department of Political Science Imo State University, Owerri, titled: “National Development Planning in Nigeria: An Endless Search for Appropriate Development Strategy.” He shared similar positions with other scholars who had researched on the challenges of development plans in Nigeria, and who also believed that a development plan was still the way out. I do not intend to diminish their work, but to add to the body of knowledge on the fundamentals of an enduring national development plan.

According Iheanacho, “The failure of National Development Plans in Nigeria is manifested in the crisis that besets Nigerian economy. All economic and social indicators have shown that our economy is in doldrums. Acute unemployment, widespread poverty, illiteracy, decayed social and physical infrastructure, technological backwardness, urban congestion, excessive debt burden, poor growth of agricultural production and high incidences of diseases are common features of Nigerian economy.”

He went on to identify the challenges that have prevented these plans from becoming an “enduring instrument” of sustainable development: corruption, lack of discipline, absence of relevant data, lack of commitment, over-ambitious development plan, lack of continuity of government programmes and public service inefficiency. These have been the dominant reasons shared by other scholars.

But my intervention is premised on, what more could have been lacking other these reasons, which I have considered as largely insufficient. This brings me to the inevitable conclusion that these development plans had consistently failed in Nigeria, because they were not conceived as “The Nigerian Plan” developed by Nigerians and owned by Nigerians. They were seen largely as an administration’s blueprint, not conceived or built on any profound ideological framing that could trigger a common interest and engender a deep sense of ownership by the people.  Even when these plans were largely economic-based, they were not produced as a “sacred book of economic development,” to which the nation could be truly committed as a religion.

To advance my argument further, it is important for those saddled with the assignment of packaging a new national development plan to understand that some profound development ideologies such, capitalism, socialism and even the repudiated Nazism, were at some point conceived as a national plan for a people. Many of them are still. It is therefore important to study and understand how these plans were nurtured, institutionalized, owned and sustained by the people, and subsequently globalized. Today, it is a taboo for any administration or leadership in the countries, where they are operationalized, to jettison them in the framing of government’s policies and programmes.

Nation-building requires a comprehensive national development plan; and, Nigeria, which is still an evolving entity, is earnestly yearning for a governing ideology to become a well-defined nation-state.  It is a concern that the country is a complex entity, but certainly not an impossible one to manage, if policies, programmes and actions are anchored on social justice, fairness and equity. The country clocks 60 next year, but it is still “a mere geographical expression” without an enduring national plan. No nation or system has developed or succeeded without an enduring navigational plan. It is the irreducible minimum.

It is obviously looking like Minister Agba now has a symbolic timeline to work with – to give Nigeria, its first development plan pivoted on a national ideology, by 2020. A robust plan that will give the people a sense of ownership, get their imagination fired-up, unite Nigerians, unleash the energies and capacities of the citizens, grow human capital and an inclusive economy, build capabilities, and enhance the competency of the state and leaders working together to solve multifaceted problems. This cannot be just another economic blue print.

Nigerians would definitely be highly critical of this new attempt at a development plan, having seen many failed attempts. As a critic of government myself, my only wager is on Minister Agba, being a new man in the saddle, whose invaluable private sector experience, could help to galvanise the administration into convening a process of thorough engagement with all stakeholders across all levels of government and society. This is the time to commit different school of academic thoughts in our universities, engage the profound participation of scholars and get everyone that matters, including the common man, to produce “The Nigerian Plan.” Nigerians, in future, can on their own call it “The Buhari Plan”, if they so desire.

The success of a new National Development Plan is in its ownership and not just in the beauty of its content. Plans can always be improved upon, when ownership is entrenched. That is why a new development plan should be built on institutional and ideological frameworks. The Plan should include a comprehensive policy framework that will guide the nation and government in decision making and investment over the next 40 years. It should be made to become the Nigerian ideology that will give the people a sense of pride for a better future. Let us have “The Nigerian Plan.” 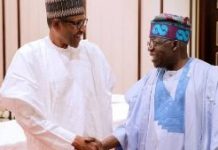 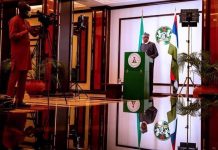 Oil Nudges up on trade optimism but Saudi supply weighs 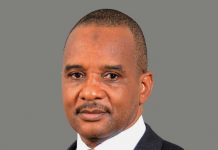 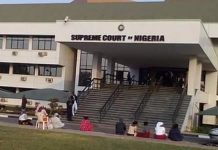 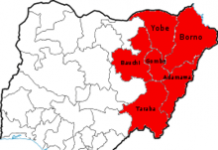 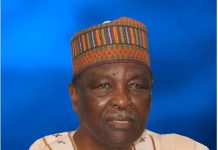 Buhari to Gowon @85: ‘You’re a living legend, symbol of national...