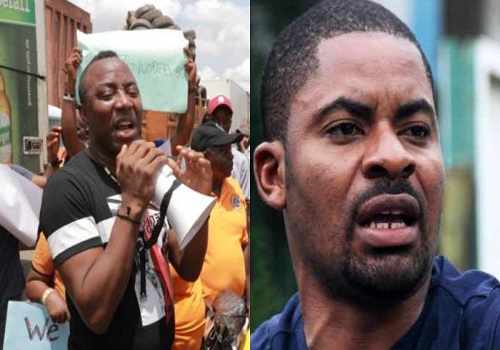 The protest holds at the Unity Fountain.

Meanwhile, despite the warnings from the Lagos state Police Command that it would not tolerate any form of protest in the state, Protesters on Wednesday stormed Lekki Toll Gate to register their grievances over police brutality and wanton killings of innocent youths in the country.

Protesters were using their vehicles to protest, shouting that they wanted a better Nigeria.

Their actions, however, were to mark one year anniversary of those allegedly killed at the Lekki toll gate and other parts of the country….

Activists to PDP: Stop your governors from stifling free speech