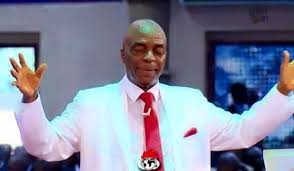 It has been reported that the founder and Presiding Bishop of the Living Faith Church, an organization with one of the largest networks of about 11,000 branches in 65 countries, Dr David Oyedepo,  has acquired a brand new helicopter.

Apparently, this is in continuation of his quest to ease movement while reaching large numbers of people in his evangelical work. This acquisition is especially unique as it is the first time he will buy an aircraft with his personal resources. Previous aircraft including the only one presently in the Church inventory, a Challenger 605 with registration N633WM (World Mission) which was acquired at a cost of $25 million were all acquired by the Church through Dominion Aviation Center.

While speaking at a gathering of pastors recently, Bishop Oyedepo announced that the aircraft which had arrived Nigeria could fly from Lagos to Maiduguri or from Lagos to Abuja and back to Lagos without a need to refuel . Church Gist investigation also reveal that the aircraft is still in a Lagos seaport undergoing clearance after which it will be brought to the Church’s hangar for assemblage. Church Gist also gathered that the helicopter could be of Italian origin and produced by the Leonardo Helicopters (formerly Agusta Westland). In particular it could be either the Trekker or GrandNew series as these have capacity for covering a long range before the need for refueling.

Dr David Oyedepo has spoken often about how he was inspired by the visit of white missionaries to his village of Omu-Aran in helicopters while he was a kid. He also mentioned as early as April 1982 that God had shown him wings in a vision and when he asked, it was revealed that his ministry was going to be flying around the world carrying the gospel of Jesus Christ. This led to the acquisition by the Church of the first aircraft in March 1996 and since then, the Church has been acquiring aircraft for missionary purposes. Also, as each aircraft gets old, it is quickly exchanged for a new one to ease cost, maintenance and servicing. A few years ago, precisely in 2011, the Bishop travelled to 6 African countries within 7 days and preached 11 different sermons. This is an example of his usual itinerary which could certainly not be achieved flying normal commercial flights.

During the recent meeting, the Bishop added that 80-90 per cent of his resources come from outside the Living Faith Church adding that recently, Covenant University (CU), an institution of the Church which is currently listed tops in Nigeria and one of the best in Africa received her largest endowment ever reported to be in the realm of hundreds of millions of dollars. While unconfirmed reports have it that the recent endowment is from the International Monetary Fund (IMF), the IMF under its new Managing Director, Kristalina Georgieva has chosen CU as the Nigerian venue for the celebration of IMF’s 75th Anniversary in July 2020. IMF, United Nations and the World bank have also made commitments to begin to employ staff fresh from CU annually. IMF was in CU recently on a visit. The Bishop had declared in one of his sermons recently that very soon and before Jesus comes, Living Faith Church will be richer than the IMF and the World Bank. IMF is currently worth about $850 billion.

Isaiah 2:2
And it shall come to pass in the last days, that the mountain of the Lord’s house shall be established in the top of the mountains, and shall be exalted above the hills; and all nations shall flow unto it.

Customers will continue to return mutilated notes to banks after Sept.2,...