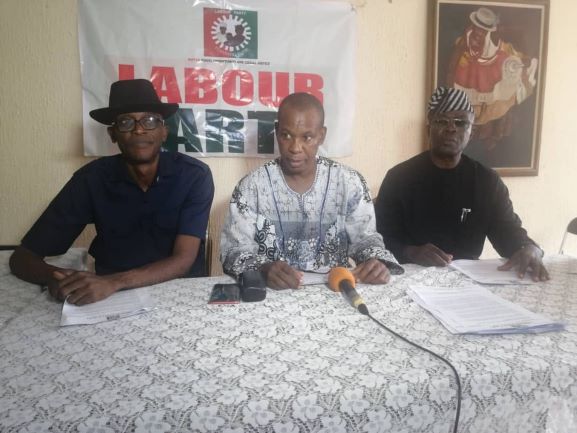 The All Progressives Congress (APC) in Edo State has accused the Labour Party of receiving “heavy bribes” from the PDP to divert attention from the party’s failings and the incompetence of its candidate, Mr Godwin Obaseki.
This was in a statement released by the Chairman of the Edo APC Media Campaign Council, Mr John Mayaki, who noted that the party knew of the collaboration going on b among the Peoples Democratic Party (PDP), Allied People’s Movement (APM), National Rescue Movement (NRM), Action Democratic Party (ADP) and Labour Party due to the bribes Mr Obaseki had paid them.
He said, “Today, Labour party proved my reports right when they released a statement touching on the image of our candidate, the esteemed Pastor Osagie Ize-Iyamu.
“We had earlier warned that the governor has plans to rig the election by paying heavy sums of money to submit a doctored lists of party agents belonging to these parties.
“Now, Labour party came out at a press conference by one fellow of unclear morals, Isaiah Osifo, stating that Pastor Ize-Iyamu and APC are not options for next week Saturday’s election.
“In a base manner, they made several baseless allegations against our candidate and somehow forgot to tie it to the fact that )some PDP members such as its former state chairman, Mr Dan Orbih and its current state chairman, Mr Tony Aziegbeni were also suspected for the same issue.”
Mayaki warned that “Let it be known that PDP has tried the same tactic, failed, and given up. They therefore chose to use the rather unknown Labour Party to make these claims.
“Labour party is so weak that the average person in Edo does not know who their candidate is.
“They have not bothered to campaign, but are happy to collect peanuts from Mr Obaseki to fulfil his sinister dream, which will not work.”
According to the party, “This is a complete diversion from the campaign to rescue Edo state from the excessively desperate and autocratic Godwin Obaseki and his cohorts.
“We’ve undertaken to snatch Edo state from the jaws of political vipers, leeches and tax-collectors, but Isaiah Osifo and some other turncoats have decided to lend their voices to the desperado where men of character and nobility unanimously vowed to rescue the state from undemocratic elements.
“This is clearly what the school of psychology teaches as the Stockholm Syndrome where a victim of an unjust act or crime begins to develop trust and affection for his aggressor. Look at how the party grovels before Mr Obaseki after he gave them a little bit of the money he forcefully took from them, their wives, mothers, fathers and children.”
He advised Edo people to desist from succumbing to the whims and caprices of a governor who had robbed them continually for four years and was planning to win them back by giving them fractions of what was rightfully theirs.
Please follow and like us: