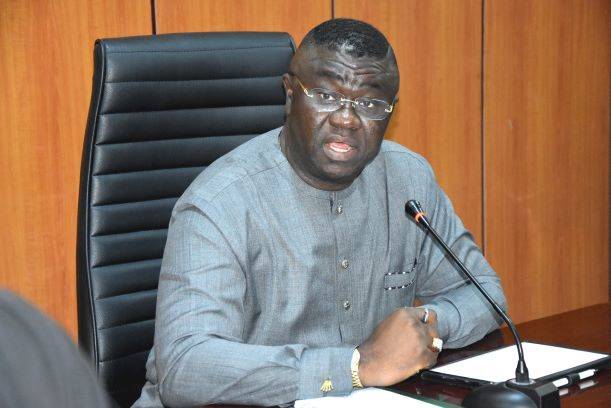 Minister of State for Budget and National Planning, Prince Clem Ikanade Agba, has canvassed for more patronage of the services of Galaxy Backbone by Ministries, Departments and Agencies (MDAs) of Government as well as the other arms of the Federal Government.

Galaxy Backbone Plc is an information and communications technology services provider, wholly owned by the Federal Government of Nigeria, and under the direct supervision of the Ministry of Communications and Digital Economy.

Agba said, while receiving in audience the new Managing Director of the organisation, Professor Muhammed Bello Abubakar and his team, that he was impressed with the equipment that he saw when he visited the organisation’s data centre in Abuja last December.

He, however, expressed worries that government’s MDAs were not fully patronising the organisation, pointing out that it was wrong to patronise Galaxy Backbone’s competitors.

The minister urged the new managing director to carry out an audit of the organisation’s services across the MDAs to know what the problems are and do the gap analysis.

“We must ensure that more traffics are directed to Galaxy Backbone, even as we are waiting for the result of the gap analysis that you (Galaxy Backbone) are doing,” he stated.

He expressed his readiness to work with the Minister of Communications and Digital Economy, Dr Isa Pantami, to help President Muhammadu Buhari achieve his agenda, “one of which is lifting 100 million Nigerians from poverty in the next 10 years through the deployment of ICT.”

Professor Abubakar commended the minister for his support to Galaxy Backbone towards the achievement of its mandate, “which is taking connectivity to the MDAs while the Local Area Networks (LANs) are what the MDAs are to do themselves.”

As Abu Inu-Umoru validates his self-effacing persona, By Sufuyan Ojeifo

Military says 75 terrorists killed in the last one month

Study: A good cloth mask is a powerful weapon against the...