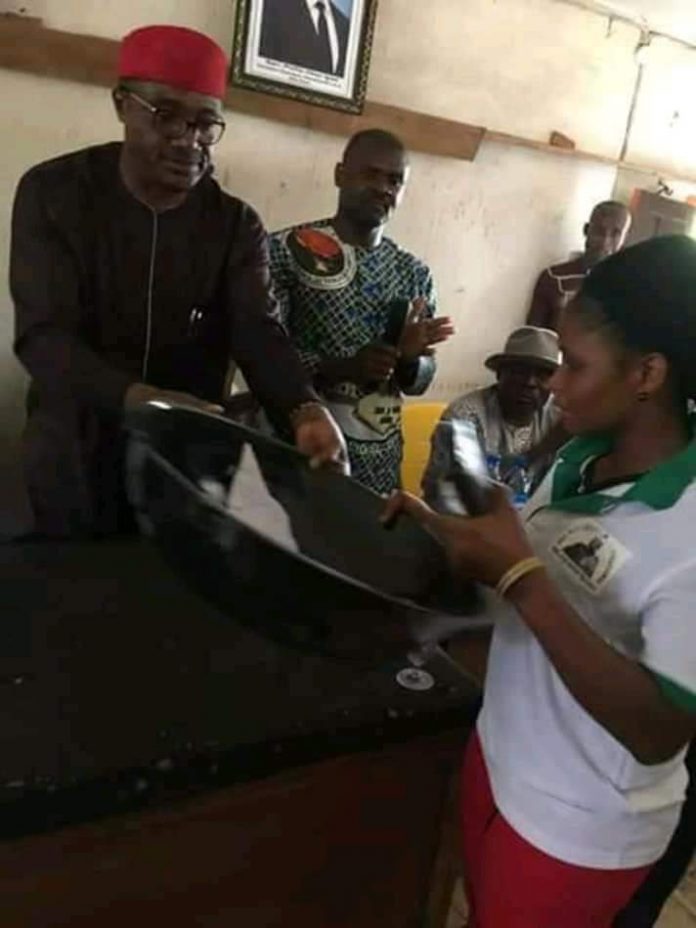 Abia North Peace Foundation, ANPF, has slammed a pseudo group, Abia North Restoration Movement, working for the return of the defeated Senator Mao Ohuabunwa to the red chamber in 2023.

Abia North Restoration Movement had, in a statement signed by Chief Dan Ikwuagwu and Maduka Okorie, alleged that the voice of Abia North Senatorial District was missing in the 9th Senate.

The group while drumming support for the return of Senator Mao Ohuabunwa in 2023,  accused  Senator Orji Uzor Kalu, the incumbent senator representing the district of not being vocal enough on issues that affect the people of the zone.

Responding to the statement, ANPF in a statement signed by its Deputy National Coordinator, Hon. Gabriel Idika Ukairo said Abia North won’t go back to Egypt when the people only benefited the sharing of frying pans by Senator Mao Ohuabunwa as his constituency project.

According to Ukairo, Senator Kalu had done exceptionally well for the zone by attracting and constructing not less than 30 roads in the zone.

He said, ” Kalu has brought unimaginable development for Abia North. He has performed beyond what a Senator could do.  From road constructions,  Kalu has renovated and constructed schools and hospitals.  He has empowered several people and offered hundreds jobs . I am sure Senator Kalu won’t descend into the gutters with these career politicians whose trade is only to blackmail others for a peanut. These career politicians should be reminded that we’ve long left Egypt where frying pan was the only constituency project attracted after twelve years.

“Senator Mao Ohuabunwa is a specialist in failure and majority of our people won’t return to Egypt with him. It is on record that even his people in Arochukwu rejected him in 2019. How can they now return to him in 2023?

“Ikwuagwu and his group  should tell us why Ohuabunwa’s nomination as PDP National Secretary was rejected by PDP stakeholders from the State. Ohuabunwa’s failure was affirmed by all from Umuneochi down to Arochukwu.

“I am sure this group cannot even come opening to mention Ohuabunwa to Ndi Abia North. Senator Kalu has redefined representation never seen in the history of Abia North. Therefore, it is pertinent to say that we won’t return to the era of sharing frying pan.”

COVID-19: Ondo governor does not plan to hand over to embattled...

WTO leadership race: Okonjo-Iweala, 4 others advance to second round of...